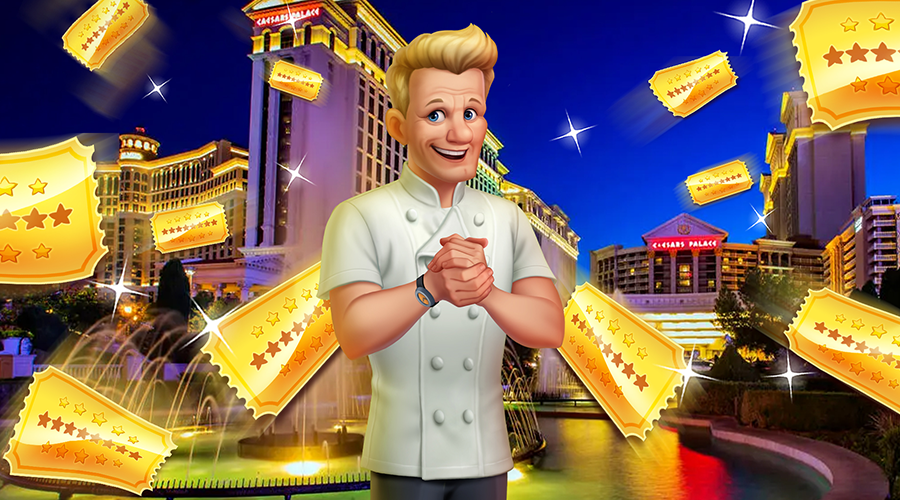 Due to the popularity of last year’s giveaway, Outplay Entertainment have decided to run the competition for a second time this year. For the chance of winning the free-to-enter competition, starting at 00.01am BST on September 23rd, players must defeat 10 levels in the game and enter before the competition closes on October 21st

The competition prize includes free flights, accommodation in a premium suite at Caesars Palace and an exclusive dining experience at any of Gordon Ramsay’s five Las Vegas restaurants, including Gordon Ramsay Hell’s Kitchen or Gordon Ramsay Pub & Grill, during their stay. The competition is open to players in the US, Canada and UK and the winner will be notified by October 24th. Full terms and conditions can be found here: https://outplay.helpshift.com/hc/en/8-chef-blast/faq/233

Douglas Hare, CEO of Outplay Entertainment, said: “It’s great to announce the return of our Las Vegas competition for Gordon Ramsay’s Chef Blast, giving one lucky player the chance to win a dream escape. This will be a truly unforgettable experience with a stay at the luxurious Caesar’s Palace and an incredible dining experience at one of Ramsay’s restaurants.”

Outplay Entertainment’s last in-game competition for Gordon Ramsay: Chef Blast took place between 18th March and 15th April, with the chance to win a kitchen makeover worth up to $10,000 with Wren Kitchens.

Gordon Ramsay’s Chef Blast is Outplay Entertainment’s acclaimed title featuring the Culinary Genius™ himself. Released in January 2021, already downloaded 4m+ times and nominated for best casual game at the TIGA Games Awards 2021, players can blast their way through the puzzle game by tapping and matching cubes to win levels and unlock some of Gordon’s most impressive recipes.

Gordon Ramsay: Chef Blast is free and available to download now on iOS and Android: