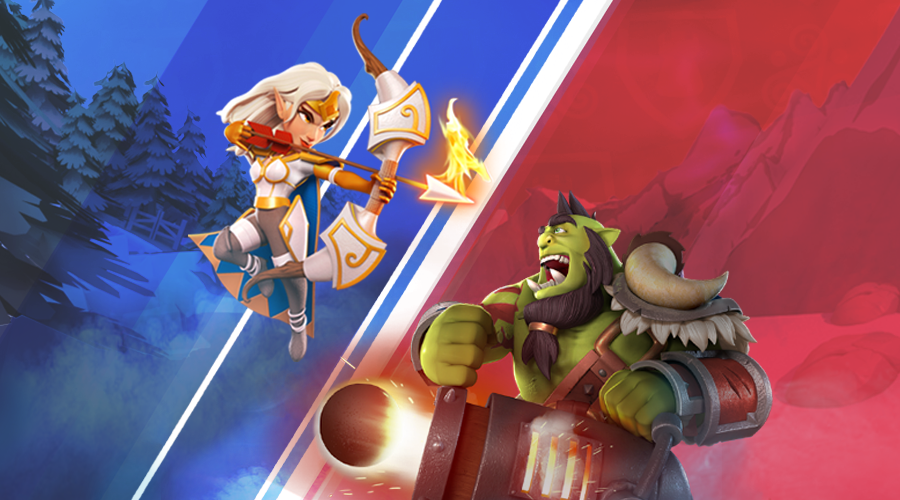 Castle Creeps Battle blends the fun of tower defence, brawlers, and collectible card games. The result is an adrenaline fuelled real-time PvP showdown. Fast paced warfare pits you against foes from across the world, as you battle to dominate Arenas. Wager your winnings on matches, and risk it all for honour, glory and gold!

"The Creeps franchise started with tower defence, with the core gameplay centred around the strategic management of weaponised towers and hero characters. We wanted to adapt this formula into a real-time PvP arena experience, and with over 12 tower combinations and a growing roster of heroes to choose from, the strategic options in Castle Creeps Battle offer a unique experience." – Tone Brennan, Executive Producer

Exceptional strategic combat & quick fire decision making is at the core of Castle Creeps Battle. Timing is everything! The choice of which troops and spells to play, when you use them and where you place them, will decide the outcome of the battle. Outplay has made the experience even more immersive by allowing players to drop their heroes into the midst of the action.

“We wanted our heroes to be at the heart of the battle, rather than kings of the castle. Dropping your hero into a fight at the right moment can turn the tide of any clash.” – Alan Gray, Lead Designer

In four short years, the Creeps franchise has been enjoyed by over 31 million players. The community management team dedicate their time to getting to know what players like. This close-knit connection between players and creators has allowed Outplay to successfully evolve the content and features of the Creep franchise to meet community demand.

“Player feedback is a vital resource. They wanted epic PvP action, so we delivered. They wanted leaderboards, group chat, and new content, so we implemented leagues, seasons, clans, and events. Our engaged community has shaped the future of the Creeps franchise, and we are excited to see how it continues to evolve.” – Luis De La Camara, VP Global Marketing

Outplay Entertainment is the UK’s largest independent mobile gaming studio, with multiple awards and over 100 million downloads. It is responsible for many critically acclaimed titles such as Castle Creeps TD, Crafty Candy, Mystery Match and Booty Quest.