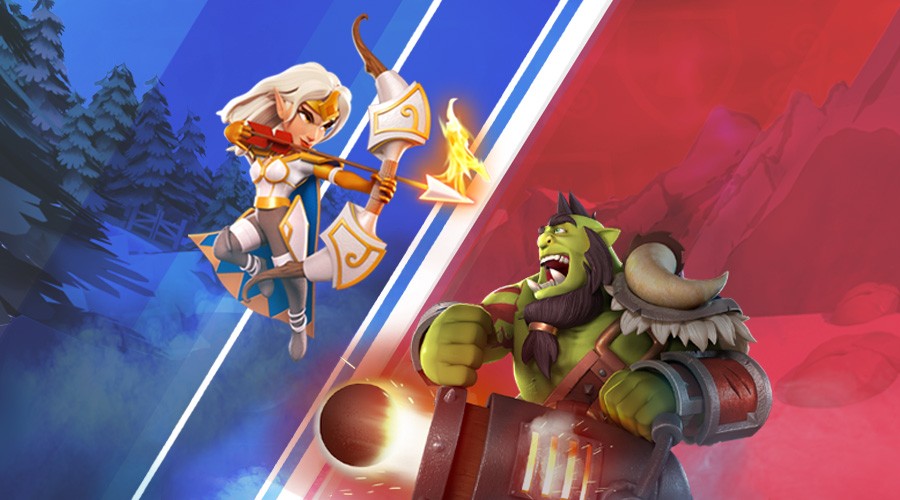 1.The best defense is a good offense!

Save your Elixir and deploy multiple Cards for a strong offensive attack! Keep an eye out for countering splash attacks.

2. Spells are key to a strong Deck

Make sure to include Spells, like Blast in your Deck! These can save you in a tricky situation and clear out a Tower that’s ready to fall.

3. Watch out for swarms!

Deploy Troops with splash attacks, like the Goblin Bomber, to make quick work of swarms!

4. The bigger they are the harder they fall…

Take down high HP targets such as the Ogre Brute with a swarm of Troops such as the Goblin Horde or Goblin Airforce.

5. Defeat swarms of Troops in a single throw

Mason’s Hero Ability, Guillotine, can mow down hordes of enemy Troops. Try to aim past your enemies, so they get hit again on the way back! Mason also increases the speed of nearby allied Troops.

6. Defend your Troops from a distance

Ember’s Hero Ability, Volley, is perfect for protecting your Troops from enemy swarms.

Crypt Lord’s Hero Ability, Resurrect, allows him to summon lots of Crypt Minions. These can be spawned anywhere on the battleﬁeld, allowing you to sneak attack enemy Towers!

9. Don’t forget about threats from above!

Ensure you build your Deck with Spells and Troops capable of dealing with ﬂying units!

Invite your friends to play and earn 500 Coins for each one that installs the game. You can then send and request Coins every 24 hours, stocking up on more to upgrade your cards and dominate the battleﬁeld!

Check out the forums for more strategies, tips & tricks!